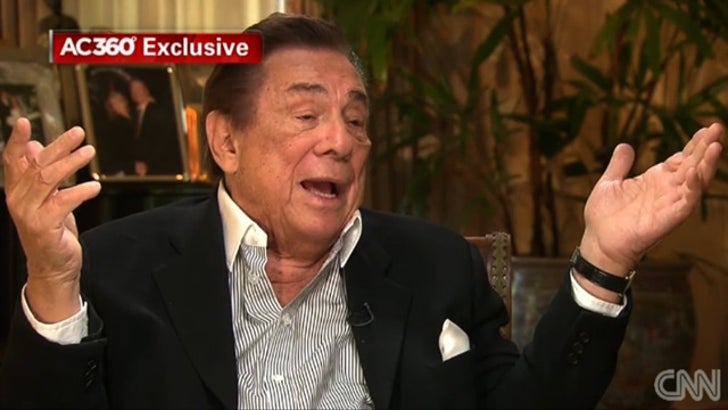 It's pretty incredible ... Donald Sterling goes on the attack against Magic Johnson during his interview with Anderson Cooper.

As you know, a photo of Magic with V. Stiviano that she posted on Instagram was the catalyst for the now-famous recording first posted on TMZ Sports.

Sterling told Cooper he's spoken with Magic twice since the recording became public, and then gratuitously added that Magic has not done enough to help minorities.

But then he went on ... saying Magic was not a good example for the children of L.A.

The interview airs tonight on CNN at 8P.