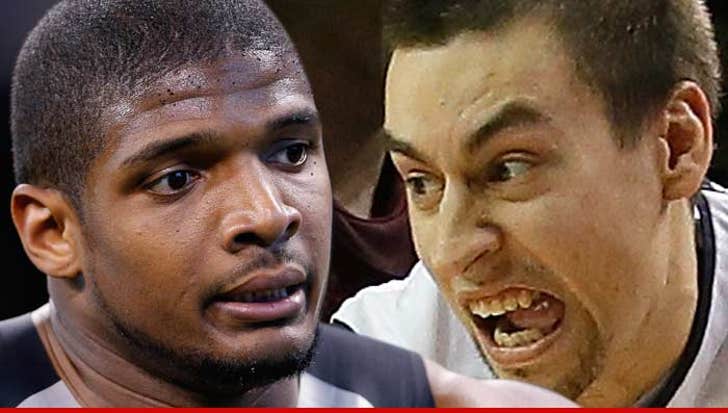 Michael Sam is well aware of all of the nasty comments being said about his celebratory guy-on-guy kiss during the NFL Draft -- but he's "not bothered by it at all" ... his agent tells TMZ Sports.

At least two major sports stars -- and countless normies -- have attacked ESPN for airing footage of Sam kissing his boyfriend in the moments after he learned he had been drafted by the St. Louis Rams.

Sam's agent Cameron Weiss tells us ... Michael is very aware of the criticism, but he's making it a point to not let himself get caught up in the negativity.

"He's got really broad shoulders, he can handle this," Weiss says ... "He understands people are going to say positive and negative things. He's the perfect person to handle this."

Weiss says Sam has been "completely even keel" over the past couple of months -- but he's making sure to stay focused on the ultimate goal ... making the team."

As far as the homophobic comments made by Ole Miss basketball player Marshall Henderson, Weiss says ... "I think Marshall needs to look in the mirror if he's concerned about setting a bad example for his brothers."