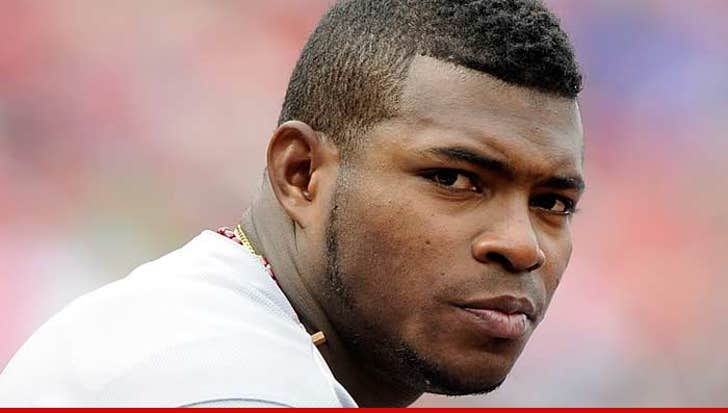 Russian roulette is torture. Having your teeth extracted with pliers is torture. But merely enduring a tough stint in a Cuban prison is definitely NOT torture ... this according to Yasiel Puig.

Puig has filed new docs in his legal war with Miguel Angel Corbacho Daudinot ... who claims the MLB star struck a secret deal with the Cuban government to have him tortured several years ago.

In his suit, Miguel claims Puig and his mother agreed to make false statements in a Cuban court in 2010 -- and as a result, he was convicted of human trafficking and sentenced to 7 years in a Cuban prison. Miguel claims the prison stint was nothing short of "torture."

Miguel -- who's still in Cuba -- had initially filed a $12 million lawsuit against Puig in Miami ... citing a U.S. law which allows torture victims to file a civil lawsuit against those involved in their torturing.

Now, Puig is firing back -- claiming Miguel has no basis for his lawsuit for 2 big reasons:

1) Miguel never presented any hard proof showing Puig entered into an agreement with Cuba with the purpose of having Miguel tortured.

2) The U.S. law only protects victims of "extreme" or "unusually cruel" mistreatment ... such as Russian roulette or tooth extraction with pliers ... and Miguel's treatment doesn't rise to that level.

Puig is asking the judge to toss the case.