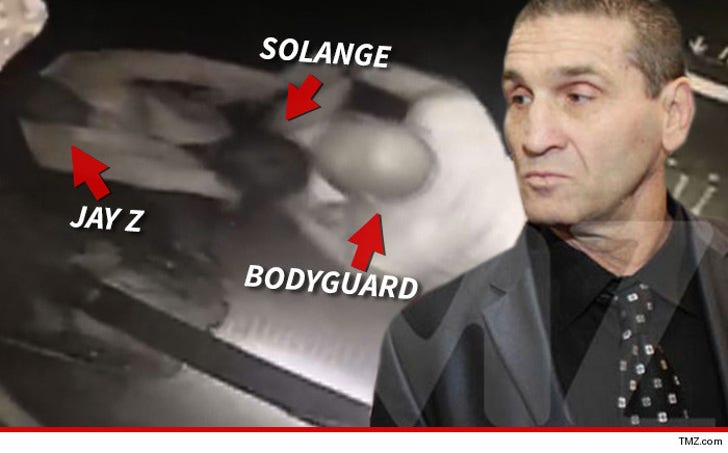 Beyonce's sister should never have ever come CLOSE to attacking Jay Z in that hotel elevator ... because the bodyguard could have prevented the attack ... so says a guy who would know, Ken Shamrock.

The former UFC champ now specializes in private security for high-profile people -- and he tells TMZ Sports the guy who was with Jay that night simply FAILED at his job.

"It's pretty clear that something went off [between Jay Z and Solange] before the fight," Shamrock says.

"The bodyguard should never have put them on the elevator together. You're waiting for a time bomb to go off. And when it does, you're stuck."

Shamrock -- who's been working for Pro-tect Global for more than a year -- says the bodyguard also erred by turning his back on Jay.

"Rather than getting in between Jay and Solange, he was pressing the elevator buttons. It seemed to me he didn't know what his job was."

Ken says he knows the guy was in a tough situation and says it's easy to judge from afar -- but the bottom line is ... Jay Z got attacked -- and it didn't have to happen that way.