Jay Z was ferociously assaulted by Beyonce's sister Solange ... who was wildly kicking and swinging at him inside an elevator ... and the attack was captured on surveillance video ... obtained by TMZ.

According to our sources, it all went down at a Met Gala after party last week at the Standard Hotel in NYC. In the video ... Jay Z, Beyonce and Solange step into the elevator ... and then Solange goes crazy, screaming at Jay before unleashing a violent attack.

A large man -- who appears to be a bodyguard -- attempts to hold Solange back, but she manages to connect at least 3 times. At one point Solange throws a kick and Jay grabs her foot, but never attempts to strike her. Beyonce stands by without getting physically involved.

And this is interesting. When you look closely, you see the bodyguard hit the emergency stop switch on the 12th floor -- mid fight -- presumably to keep the fight private.

At one point, Solange smacks Jay with her purse ... spilling the contents all over the floor of the elevator.

Eventually the group exits the elevator ... but not before Solange takes a few last shots.

All three walked out of the building together -- Solange looks pissed -- but while Bey and Solange get in one car ... security walks Jay to a different one.

It's unclear what triggered the fight. 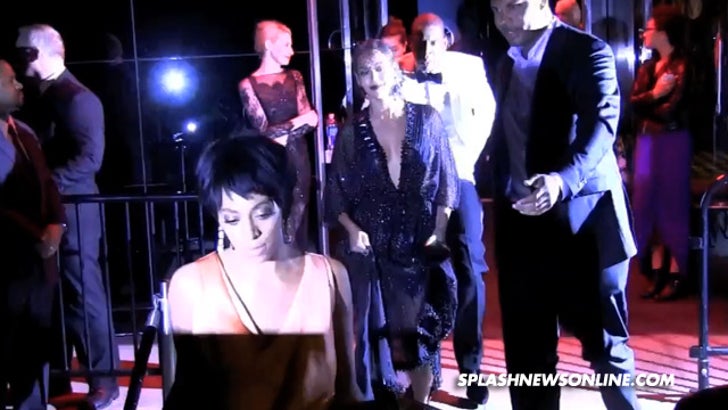 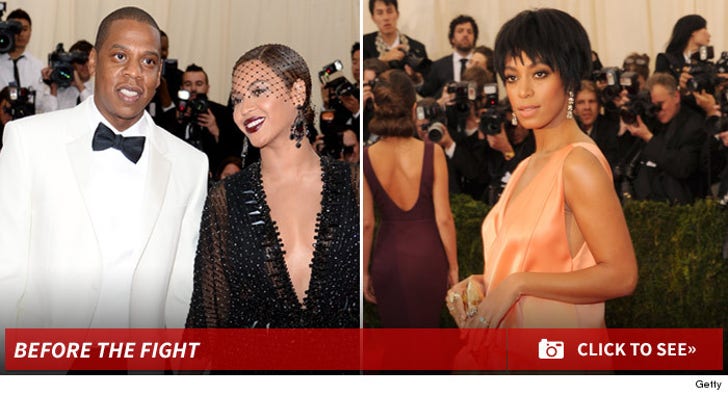