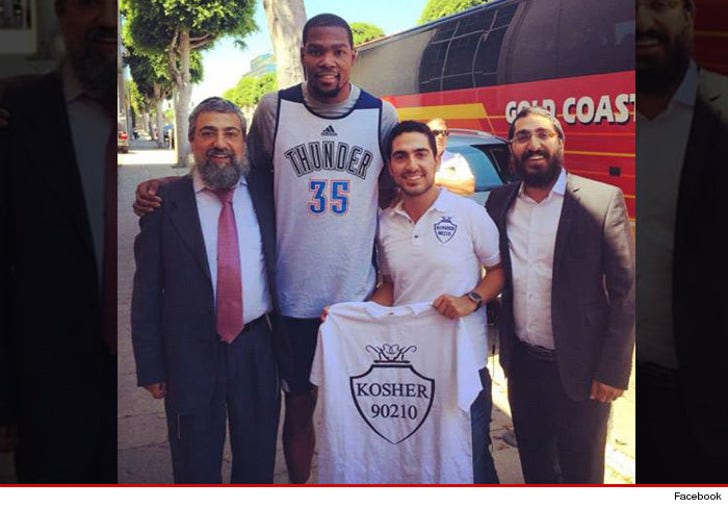 Kevin Durant could have the "eye of the Jew" when he takes on the Clippers tonight in L.A. -- 'cause he received a "Triple Rabbi Blessing" hours before the game ... TMZ Sports has learned.

Durant and the Oklahoma City Thunder were training at the JEM (Jewish Education Movement) Community Center in L.A. before tonight's game ... and clearly rubbed some of the rabbis the right way, because they decided to give him a pre-game blessing.

See, Donald Sterling couldn't drive a wedge between black people and Jewish people after all.