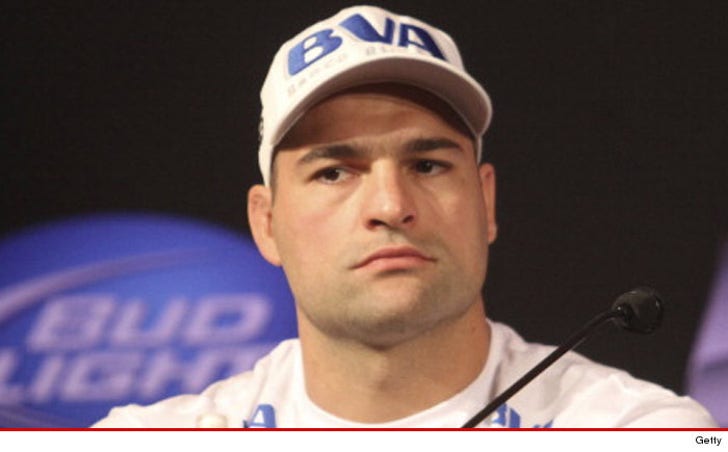 UFC superstar Mauricio "Shogun" Rua was robbed at gunpoint -- by 4 scumbags with shotguns -- during a recent trip to Brazil ... taking his car, cash and even his CLOTHES.

Rua's manager Eduardo Alonso told Brazilian media ... Rua was driving back to his hotel following a dinner with friends in Niteroi when he was stopped by 4 gun-toting bad guys.

"They took his clothes, money and his friend’s car," Alonso said ... "They said ‘I know who you are, you’re a fighter. Don’t try anything.' It was a sad situation."

"They took everything, even his shirt. He was shoeless and shirtless. Imagine a guy at his size asking for a ride in the middle of the night."

Alonso continued, "Nobody stopped to help him. He had to walk one mile to get to the police station. It was tense, but it’s all good now."