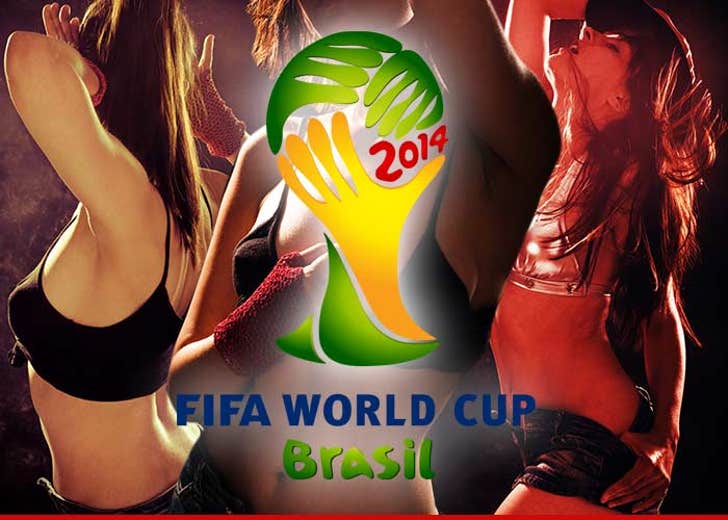 Brazil will be crawling with hookers this summer -- well, more hookers than usual -- because whores from all over the world tell TMZ Sports they'll be heading south for the World Cup ... to work.

With an estimated 600,000 international soccer fans traveling to Brazil for the games, the hookers know it's a HUGE opportunity to make some easy cash ... especially since prostitution is legal in Brazil.

We spoke to sex workers from all over the USA who tell us they're excited for the trip -- ditto for a bunch of hookers we contacted in The Netherlands.

But if you're lookin' to bang a Canadian prostitute during the Cup, you might be out of luck -- so says a rep for "Sex Professionals of Canada" (a hooker advocacy group) who tells us the numbers simply don't add up for Canucks.

"It’s cost prohibitive [for Canadian girls]," the rep says ... "There’s too much competition to just go down and set up on the fly."