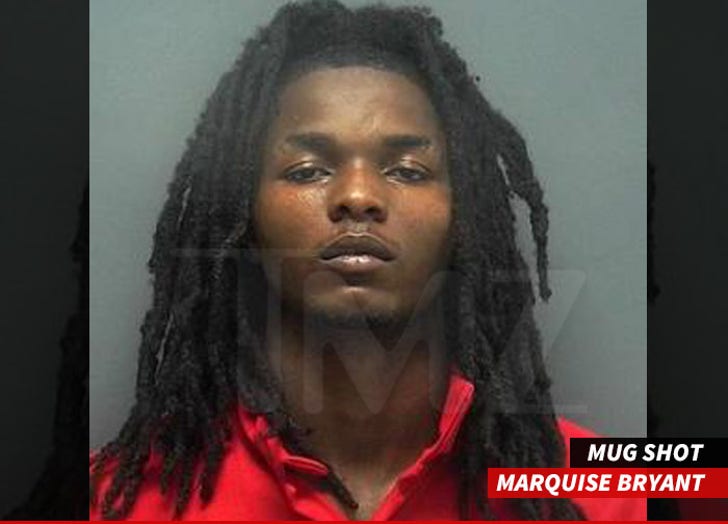 High school football star Marquise Bryant -- a running back who had committed to the University of South Florida -- was sentenced to 215 days in jail after pulling a gun on a cop ... TMZ Sports has learned.

As we previously reported, 18-year-old Bryant got into a fist fight with a police officer who had confronted him in a parking lot ... and was eventually taken down by a police dog.

Now, we've learned Bryant struck a plea deal with prosecutors in which he agreed to plead no contest to carrying a concealed weapon and violently resisting an officer -- and in exchange he was sentenced to 215 days in jail.

He was also ordered to complete 100 hours of community service and got 2 years probation.

As far as USF goes, we reached out to the school -- and a rep told us the school does not recruit convicted felons.