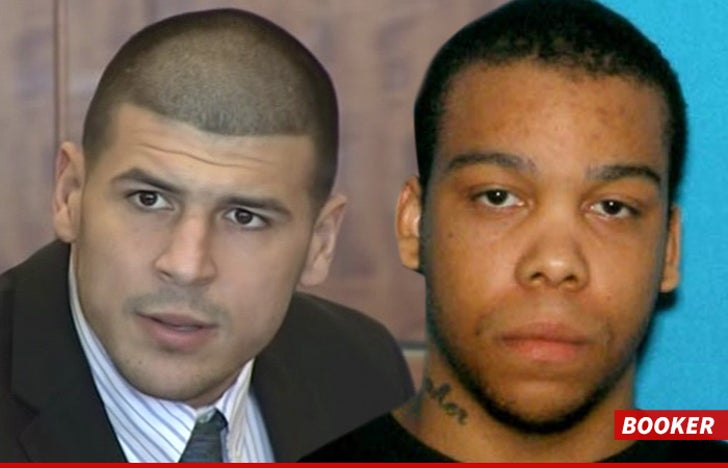 The guards at the Bristol County Jail are gonna have to be on high alert -- because the guy Aaron Hernandez beat up back in February has been arrested and has returned to the same jail ... TMZ Sports has learned.

We know ... Andrew Booker was released in March ... nearly one month after the former NFL star attacked him inside Bristol County Jail while Booker was shackled in handcuffs.

Now, we've learned Booker was arrested on May 2nd for possession of coke and a knife -- and he's been sent back into Hernandez country pending his court case.

Our sources tell us ... officials are making sure Booker and Hernandez are kept far away from each other to prevent a Round 2.

It's especially important considering the two had been talking smack to each other in the weeks before the attack -- and there could still be bad blood.