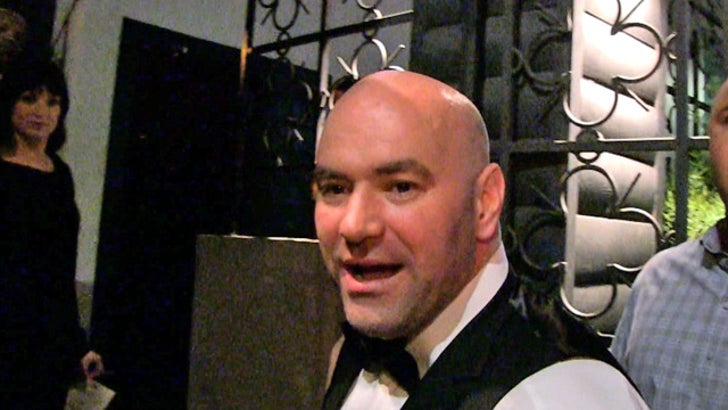 The feud between Ken Shamrock and Dana White is still very much alive -- with the UFC boss telling TMZ Sports he still thinks Shamrock's nothing but a blithering idiot.

White was walking into Greystone Manner in L.A. this weekend, when we asked how he felt about Shamrock's criticism of the bodyguard who failed to protect Jay Z from Solange in an NYC elevator.

When we asked for an explanation, Dana elaborated ... "Spend 5 minutes with him, have a conversation with him ... he's an idiot."

White and Shamrock have been feuding for years -- with Shamrock even suing the UFC for breach of contract when he was fired from the org. back in 2007 ... a lawsuit Ken ultimately LOST (he was also ordered to pay $175k in legal fees).