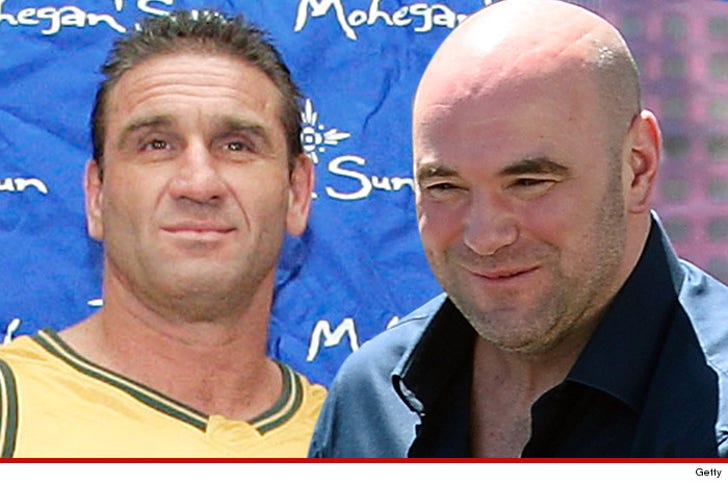 THE WAR IS OVER -- UFC honcho Dana White and UFC legend Ken Shamrock have finally made peace ... after feuding for nearly a decade ... TMZ Sports has learned.

As we previously reported, White and Shamrock have been going at it publicly ever since the UFC cut ties with Ken in 2006 -- to which Ken responded by suing the organization.

In fact, White even had some harsh words for Ken last night when he was out in L.A.

But now, both Dana and Ken confirm to TMZ Sports ... they spoke on the phone earlier today and hashed out their issues for 45 minutes -- and the end result was a truce.

Dana tells us, "Ken Shamrock and I spoke and we have squashed our beef."

As for Shamrock ... he says the call wasn't all sunshine and rainbows -- they addressed some tough issues -- but in the end, were able to come to an understanding and decided to bury the hatchet.