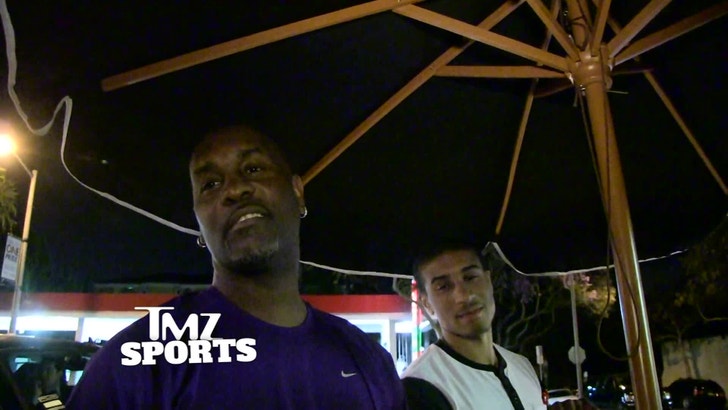 It wasn't "Titanic." It wasn't even "The Notebook" ... but NBA Hall-of-Famer Gary Payton admits there was ONE movie that made him cry once ... and it's all Taye Diggs' fault.

The Glove and his son (Glove Jr.?) were leaving DBA nightclub in L.A. last night -- when we asked if he got misty eyed during Kevin Durant's MVP speech ... you know, the one where he thanked his mom (yeah, we cried. Don't judge).

For the record, Gary says HE didn't shed a single tear ... and tried to play the "I'm too tough to cry" card.

But when we pushed, Payton revealed the one flick that opened the waterworks -- a film that came out pretty recently.

Hint: Eddie George was in the movie ... but that's not why Gary was crying.