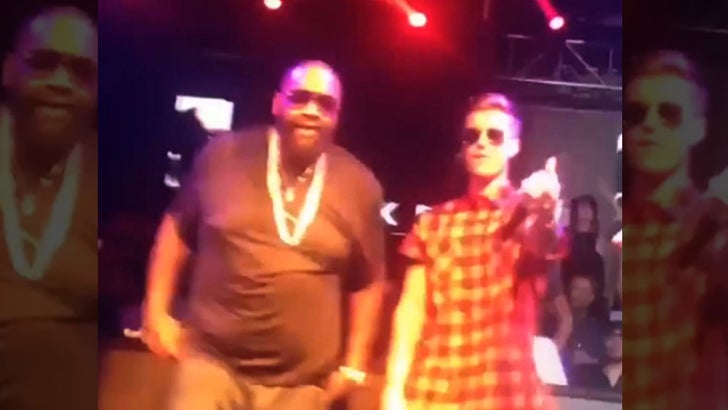 Justin Bieber's never-ending quest for street cred continued last night when he jumped up on stage with Rick Ross to serve as his hypeboy ... then grabbed the mic to rap over some 2Pac. Holla if ya hear me!

It all took place at a nightclub called Gotha Club located in Cannes. Bieber hopped on stage to join Ross as he performed, looking more like someone who got separated from his parents and wandered up on stage.

Later -- sans shirt, of course -- Justin decided to hop on the mic himself to rap over 2Pac's classic song, "Dear Mama." 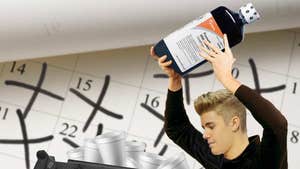 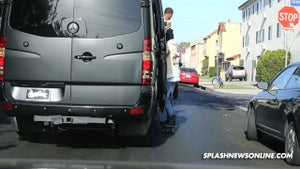