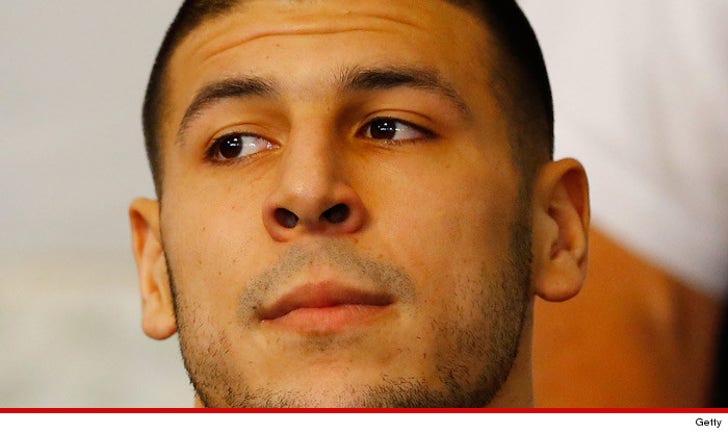 Aaron Hernandez's TATTOOS could unlock important information in his double murder case ... this according to cops who are now trying to track down AH's tat artists.

The Suffolk County D.A. issued a statement saying they are "seeking assistance" from anyone who put the needle to Aaron's RIGHT FOREARM in the aftermath of the 2012 drive-by shooting that killed Daniel de Abreu and Safiro Furtado.

Officials say they want information on "specific tattoos" they believe Hernandez got between February 2012 and June 2013 -- and it seems they believe AH got the tats to memorialize his role in the shooting. 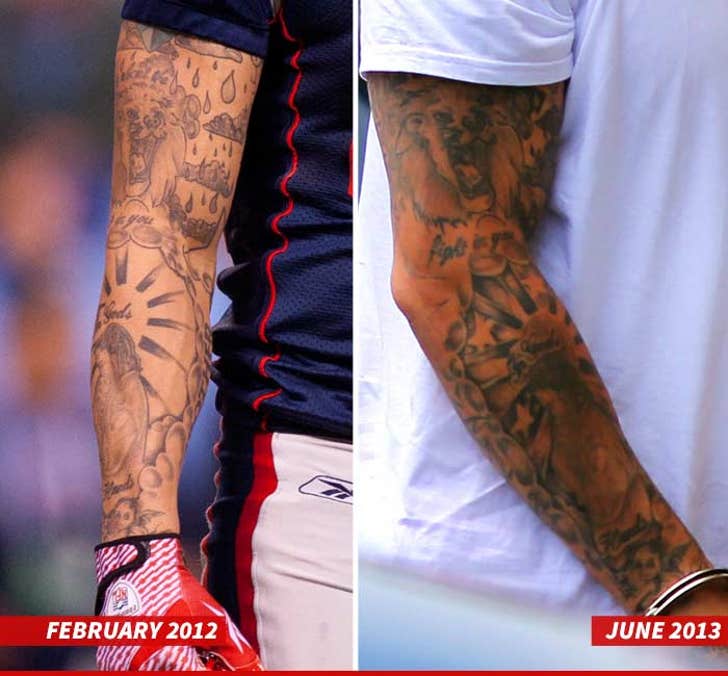 Investigators are stressing that the tat artists are NOT accused of any wrongdoing ... they just want to see if they know anything.

We pulled up some photos of Aaron's arm from before and after the time period mentioned by cops -- and noticed one major difference ... stars.

It appears Aaron had at least 3 stars added to a design on his outside forearm. Though it's unclear if those are the tats at the center of the investigation.