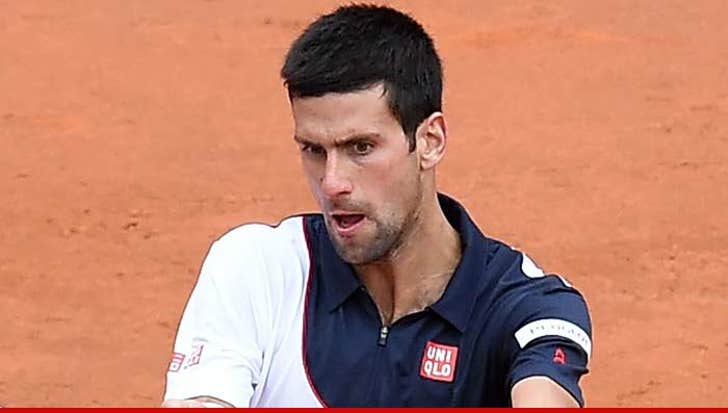 Novak Djokovic has donated 100% of his prize winnings from a tennis tournament in Rome to flood relief in Serbia ... a donation that totaled roughly $750,000.

Djokovic -- who hails from Serbia -- defeated Rafael Nadal to win the Rome Masters in Italy on Sunday ... and immediately dedicated the championship to the people who have died in the massive flooding in the Balkans. So far, at least 43 people are reported dead.

Now, Novak has announced he has donated the entire cash prize from the tourney -- €549,000 ... which is roughly $750k. Immediately following the tournament, Novak told the crowd, "It's also a special dedication to my country, which is suffering a lot right now. My heart is with them."

Officials say the flooding in Serbia is the worst in 100 years ... and according to the Red Cross, 300,000 people lost water and electricity.