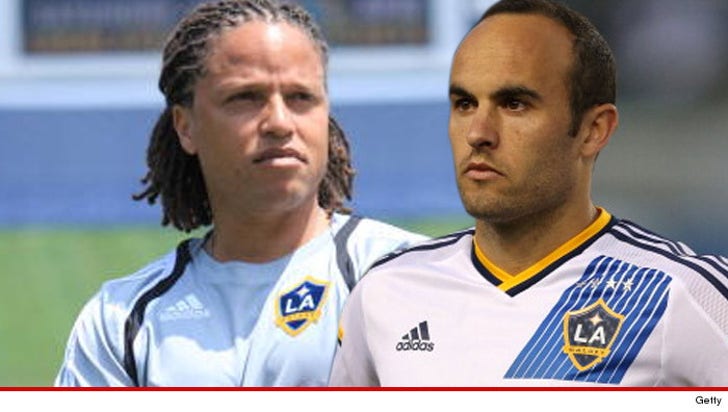 Everyone's jaws are on the floor over the news that Landon Donovan was cut from the Team USA World Cup squad ... including Cobi Jones who tells us plain and simple, "He belongs on the team."

32-year-old Donovan was one of 7 players chopped in the last round of cuts -- and Jones tells TMZ Sports, "My reaction was pure shock."

"Take Landon's skills and abilities ... he belongs on that team. He's above and beyond."

Cobi says he doesn't think it's a slap in the face to Landon, who's been a staple on Team USA since 2000 ... explaining, "It's a difficult situation for everyone."

Cobi says he plans to reach out to Landon in the near future ... but wants to give him some space because he says the last thing Landon probably wants right now is to be inundated with phone calls.