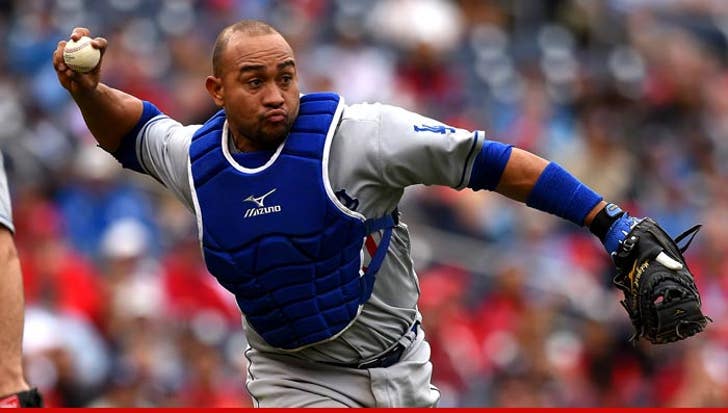 The L.A. Dodgers organization has cut catcher Miguel Olivo ... after the catcher BIT another player's ear during a dugout fight at a minor league baseball game.

The Dodgers made the announcement moments ago ... just 2 days after 2nd baseman Alex Guerrero was hospitalized during the bloody incident in Salt Lake City.

Olivo reportedly went after Guerrero for missing a tag on a play earlier in the game.

Both Olivo and Guerrero were playing for the Dodgers' minor league team, the Albuquerque Isotopes , during the time of the attack.