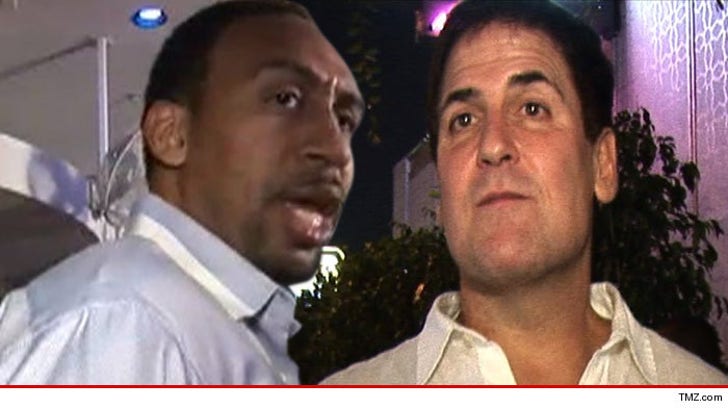 Mark Cuban's candid statements about prejudice and bigotry were not only honest but CORRECT ... so says ESPN host Stephen A. Smith.

"I took no issue whatsoever with what Mark Cuban said ... not only because he was forthright, very candid and honest ... but also he happens to be correct," Smith said.

Cuban has taken some fire for the comments, but Smith says the people attacking the Dallas Mavericks owner are missing the point.

"Yes he spoke about hoodies and how if he saw a black individual with a hoodie he'd walk across the street because hes uncomfortable with that imagery ... obviously, he also alluded to a white individual with tattoos all over his body, his face and his head, he'd walk back to the other side of the street."

"I'm sorry, I don't see a problem with that whatsoever. I don't think there's any ethnic group in America that should take issue with it as a personal affront to them as if he was isolating them or talking about them. He was simply being honest, forthcoming and very open about some of the fears and prejudices that he may have."

Smith concluded, "I applaud his honesty and I took absolutely positively no offense to what he had to say."