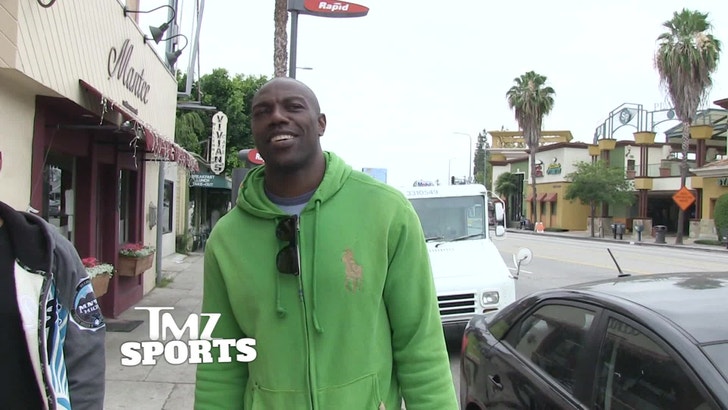 Terrell Owens says he's in SICK shape -- runs the 40-yard dash in 4.3 seconds -- and believes there's NO DOUBT he could still ball in the NFL ... just as soon as a team calls him up.

TMZ Sports spoke with T.O. out in Studio City, CA earlier today -- and the 40-year-old future Hall-of-Famer literally patted himself on the back about his current skills ... saying both he and his boy Chad Johnson could compete on any NFL roster.

But when we asked if he would consider following Chad up north to compete in the CFL -- he didn't exactly say no.

There is one more thing -- when making his pitch to play in the NFL, T.O. made the following statement ... "I've never had any off the field problems. None of that."