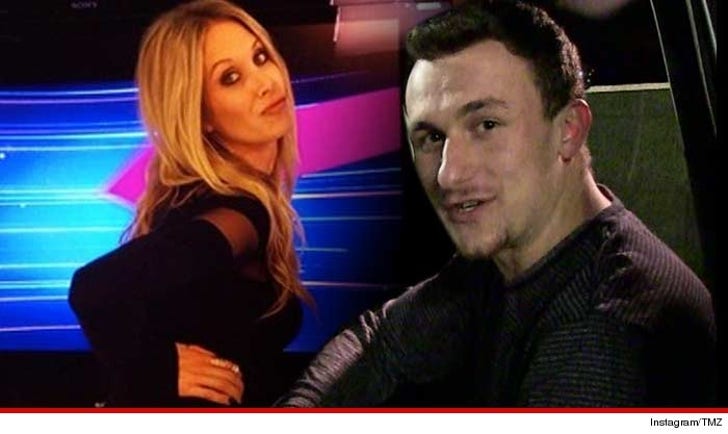 The Headline News host who was named as a plaintiff in a crazy sexual harassment lawsuit against Johnny Manziel says she's obviously the victim in a cruel hoax and says she's never even met the QB.

TMZ Sports spoke with Samantha Schacher ... who tells us she was shocked when she woke up this morning and learned someone filed a bogus lawsuit against Manziel using her name in Florida.

The lawsuit is truly insane -- with the hoaxster (posing as Schacher) demanding $25 million from Manziel claiming he bombarded her with naked selfies including one pic where he put his penis in between a hot dog bun.

The phony Schacher also claimed in the suit that she has nightmares of Manziel's penis -- claiming he once sent a video of himself "jingling" his wiener to the song "It's a Small World" while on the ride at Disneyland.

Shacher says the claims are so outrageous that she found them funny ... but insists, "It's absolutely 100% bogus and a hoax."

The identity of the hoaxster has not been revealed -- but Samantha says whoever was behind the prank should be ashamed of themselves.

"It's a shame you're taking advantage of the legal system. You're playing with people's reputations and careers and it's hurtful."

Manziel's reps also insist it's a hoax -- and he's never made a penis video on "It's a Small World" or any other Disney ride.