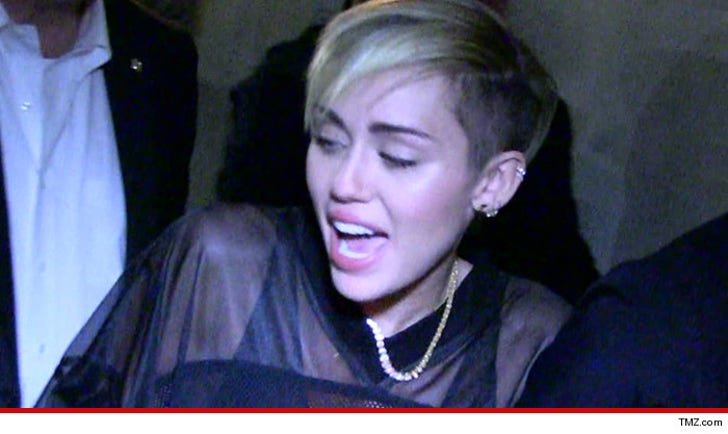 Miley Cyrus just got an emergency restraining order against a "delusuional" fan who allegedly said he won't stop hunting her down until she "accepts him or he dies" ... TMZ has learned.

Devon Meek was arrested on May 16 by LAPD's Threat Management Unit, and while in custody he told officers a bunch of crazy things -- like Miley speaks to him through the radio, and he hears screaming voices in head ... this according to court docs obtained by TMZ.

Meek told cops he heard Miley say she "adores" him in one of her song -- and according to the docs, he also told cops they might as well shoot him in the head ... if he can't meet Miley.

24-year-old Meek was placed on a 5150 hold ... and as of yesterday he was still in custody at a mental health facility.

He has to stay 100 yards away from Miley ... according to the restraining order.

It's not listed in the docs, but we're guessing Meek heard the "adore" comment in Miley's hit ... "Adore You."