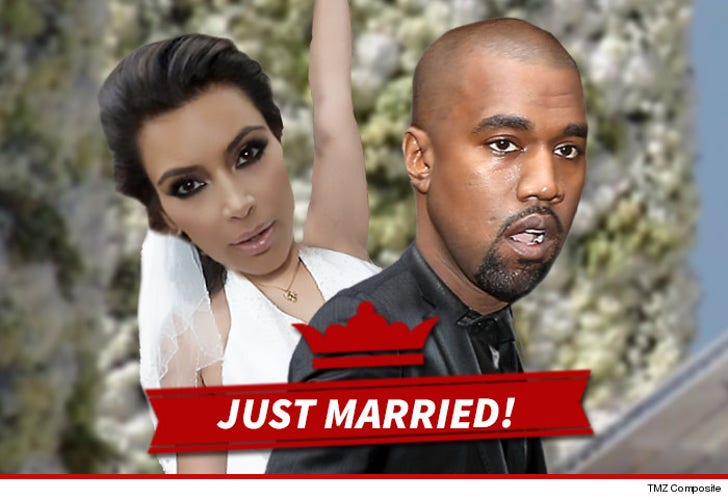 It is officially too late to speak now ... 'cause Kim Kardashian and Kanye West are finally husband and wife.

Mr. and Mrs. Kanye West tied the knot Saturday at Fort di Belvedere in Florence, Italy surrounded by family and friends ... and according to on-lookers, Kanye was pretty nervous before the ceremony.

We're told Andrea Bocelli sang as Kim was walked down the aisle by Bruce Jenner.

Our sources say all guests were also required to sign a confidentiality agreement.

Based on pics of the wedding site ... it looks like the reception will be held at the Fort -- but the way things have been going, who knows?!

Kanye and Kim started dating in 2012 and the following year Yeezus proposed after an elaborate ceremony inside San Francisco's AT&T Park.

This is Kanye's first marriage -- and Kim's third. 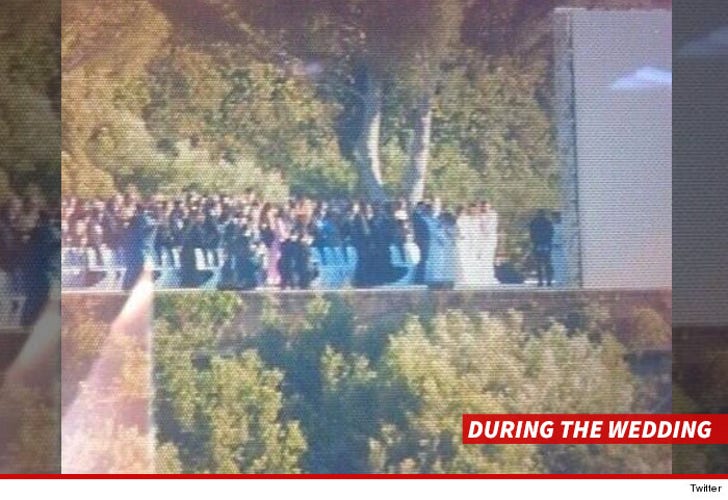 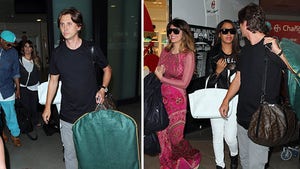 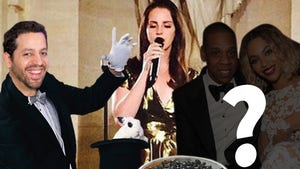 Kim Kardashian & Kanye West Wedding Dinner -- No Jay Z & Beyonce ... But the Caviar Was to Die For