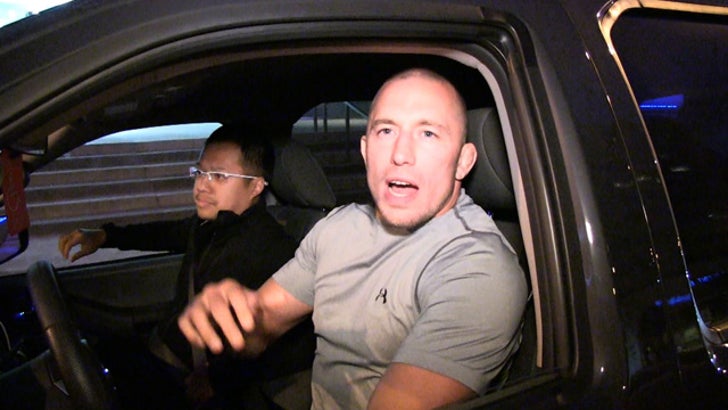 Before he stepped in the Octogon, UFC badass Georges St-Pierre tells TMZ Sports he worked security at a hip hop club ... and it was the WORST JOB HE EVER HAD!!!

GSP didn't name the club or say where it was located ... but he did say that it was overrun with violent people.

The "you know" was young gang members, according to Georges ... who says, "It was a lot of [fighting] and it was just a headache every night."

Eventually, GSP decided he wanted to get paid better for fighting ... and joined the UFC.