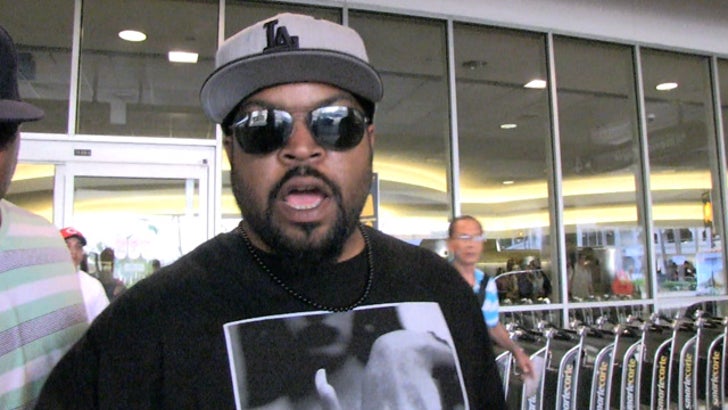 Ice Cube is plugged in when it comes to the NBA -- so ya gotta believe the guy when he tells TMZ Sports that Phil Jackson is having serious remorse about leaving L.A. to run the Knicks.

"I know Phil hates New York ... at least coaching 'em. He may love the city but the team is GARBAGE."

For the record, the Knicks were 37-45 this season. No Bueno.

But while Phil looks for a new coach in NYC, Cube -- a die hard Lakers fan -- tells us he knows exactly who should run the Purple and Gold next season ... someone he considers "A real Laker."