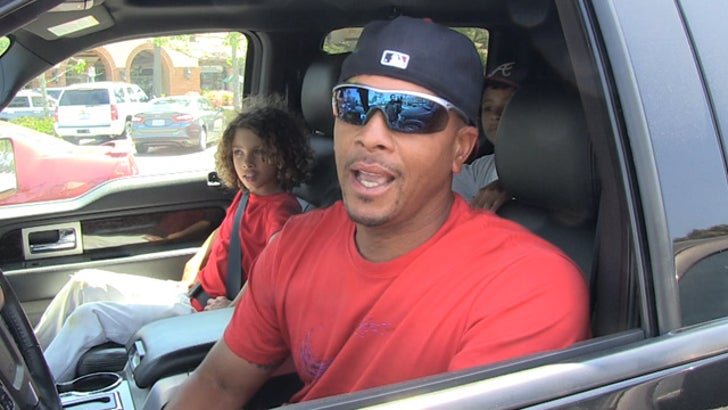 Manny Ramirez didn't sign his new minor league baseball deal for the cash -- it's because he "doesn't know what to do with himself without baseball" ... so says former MLB star Royce Clayton.

41-year-old Manny just inked a deal with the Chicago Cubs to be a player/coach for its Triple-A affiliate in Iowa ... and Royce says it's just another example of "Manny being Manny."

But that's not the best part of this clip -- watch Royce's son in the background hamming it up for the camera ... kid steals the show!!!