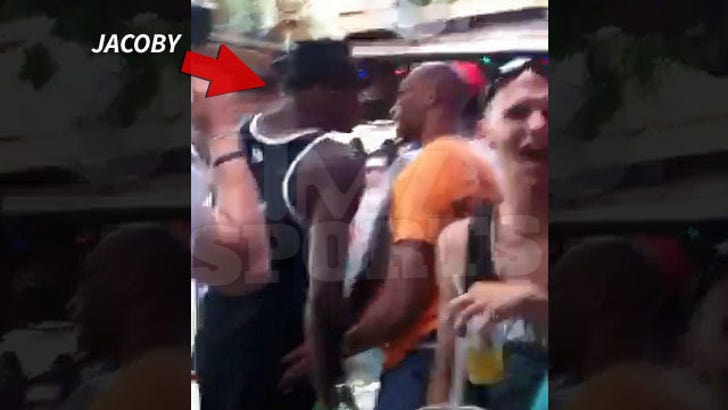 Baltimore Ravens superstar Jacoby Jones -- along with 2 Ravens teammates -- were booted out of a Maryland bar this past weekend for being too hammered ... and TMZ Sports has the footage.

Sources at Seacrets Restaurant & Bar tell us ... Jones had been partying with running back Bernard Pierce and cornerback Jimmy Smith -- when he and Pierce were asked to leave early Saturday evening after a boozing marathon went a little too long.

Multiple sources tell us ... it ain't that complicated -- Jones and Bernard simply got too hammered ... with one person telling us, "They couldn't maintain their composure."

For the record, Seacrets is like a giant beach party -- and it ain't too hard to lose track of your Mai Tai intake.

Eventually, bar staff approached the guys and asked them to leave ... and security escorted them off the property. Smith was actually allowed to stay and hung out a little longer.

We're told the guys were "cooperative and compliant" and are welcome back.

One source tells us it was put to the guys this way -- "Let's call it a day and we'll see ya next time."