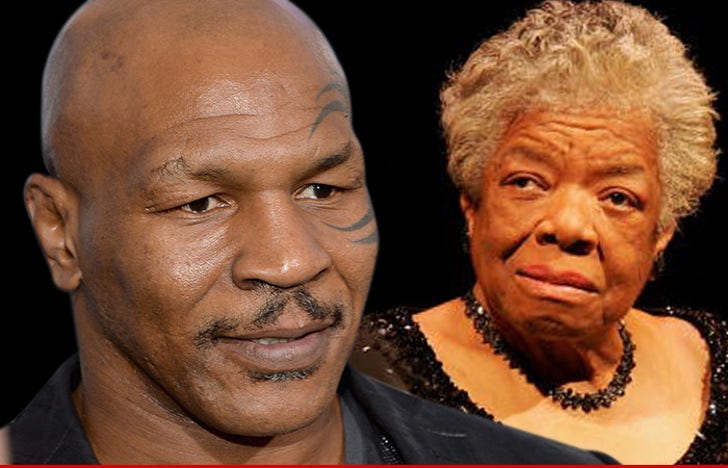 He may have only had a few brief encounters with her, including the time she visited him in prison -- but Mike Tyson says Maya Angelou had a profound impact on his life ... and he'll always be grateful.

After learning of Angelou's death, Tyson told TMZ Sports ... "We lost one of the greatest constellations to the human universe."

"I had the pleasure to meet Ms. Angelou on a few occasions and each time was very enlightening. I was intrigued and would ask her about the greats from her era such as Billie Holiday, Malcolm X and Fats Waller. These people were just book novels, interesting reading to me but real people to her."

"I'm just very grateful for the times I shared with this phenomenal woman, even though they were brief."

Angelou famously visited Tyson at the Indiana Youth Center in 1994 while he was serving time for a rape conviction.

After the visit, Angelou told people her encounter with Iron Mike had an impact on her life as well -- saying, "it changed the way I thought about a number of things."