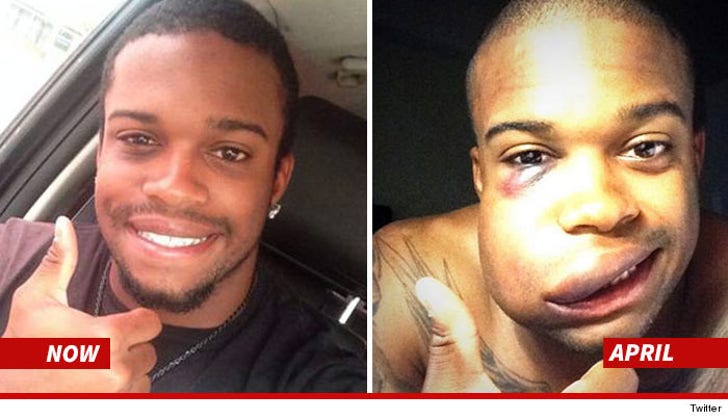 Delino DeShields Jr. -- the MLB prospect who's face went viral after taking an 90 mph fastball to the grill -- says the swelling has FINALLY gone down and he looks and feels like a human again!!

"Everything is pretty much back to normal. I feel good," DDJ tells TMZ Sports ... "I don't have any lingering effects. Nothing bothers me."

The 21-year-old was hospitalized after suffering a facial fracture on April 18th during a minor league baseball game while playing for the Houston Astros Double-A team.

But DeShields recovered ... and has already returned to the diamond.

"It felt great to get back. I hit a homerun in my first two at bats."

In case you were wondering, Delino is also back to eating solid food -- and tells us his first "real" meal was chicken wings ... boneless, of course.

As far as the pitcher who fired the face-breaking fastball, Delino says he has not spoken with him since the accident ... and says he's totally OK with that.

"It's not a big deal. If he wanted to say something, he could, but he's not obligated."