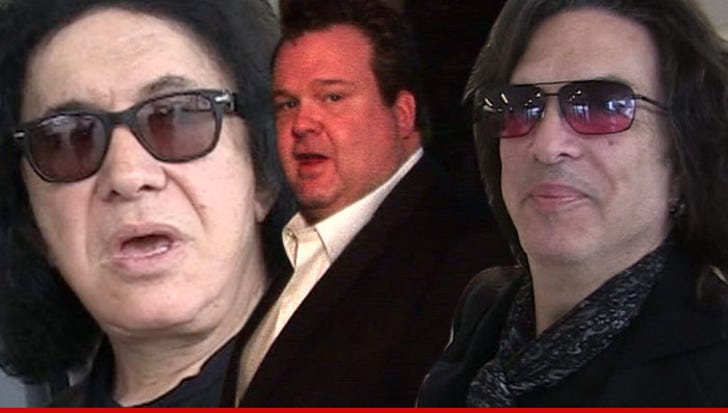 "Modern Family" star Eric Stonestreet called out Gene Simmons and Paul Stanley for being rude to his mother on a flight yesterday, but Stanley claims the whole thing was a misunderstanding.

Stonestreet ripped the rockers on Instagram, claiming Simmons tried to "bully" his mom out of her seat and then mocked her by asking for her autograph -- and even threw in an old lady jab, calling her ... "Aunt Bee."

But Simmons fired back ... claiming the whole thing was made up, and he "would never be mean, especially to mothers."

Stanley also tweeted that the whole mess was just a "misunderstanding of joking."

Stonestreet accepted the sort-of-apology with a white flag tweet, "Thank u for that. She did tell me you let her go first. I will tape my glow in the dark KISS posters back together now." 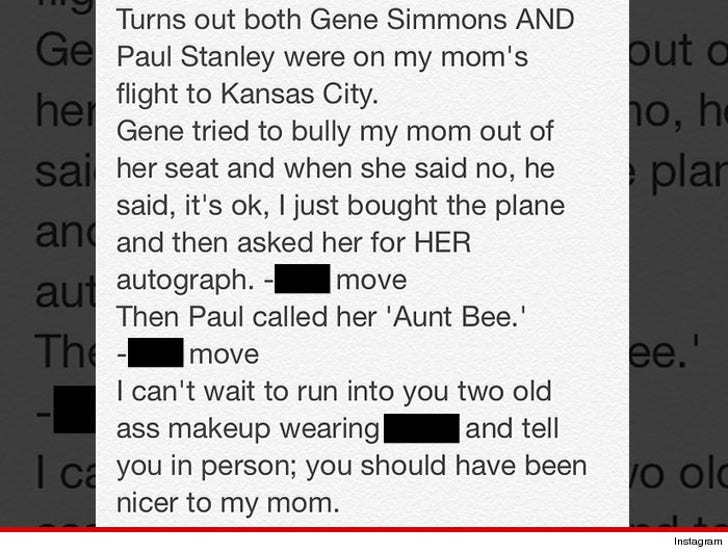 Stonestreet tweeted a separate response to Simmons, throwing his mother under the bus. He wrote, "Ok @genesimmons. Take care. I assure u, I will have a stern talk with my mom about making up stories. Old people, ya know? OUR apologies:)"