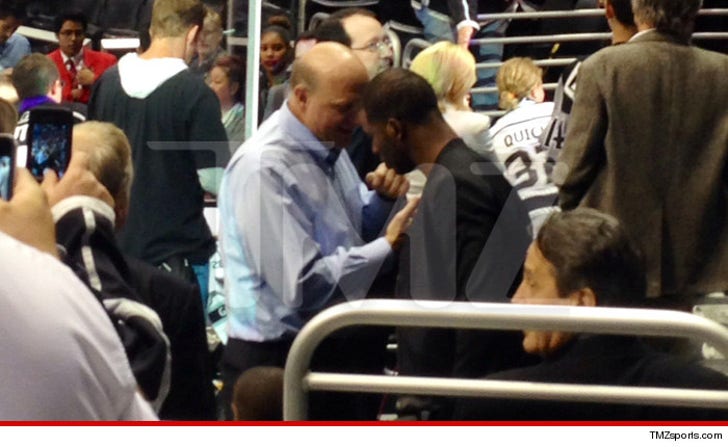 Less than 24 hours after purchasing the team from Shelly Sterling for $2 billion ... IN CASH ... the former Microsoft CEO hung out at his team's home court -- Staples Center -- to take in the hockey game. 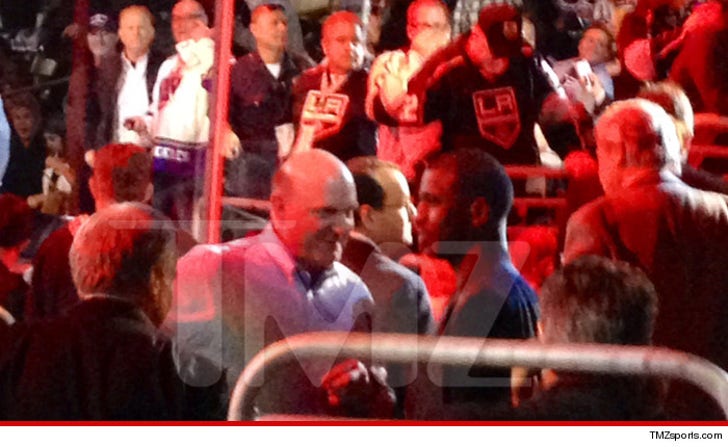 Ballmer and Paul appeared to be getting along well -- sources at the game tell us the two chatted for a few minutes and hugged it out before Ballmer went back to his super special rich guy owner section.

We're guessing paul is pretty pumped about the new guy in charge ... seems like a huge step up from the last racist ahole he worked for.