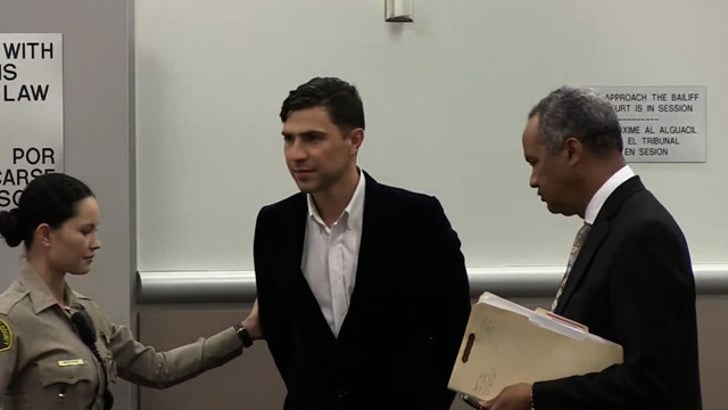 Brad Pitt's red carpet attacker just pled no contest to battery and unlawful activity at an event -- and will do 20 days community labor for that crime ... but more importantly, the judge blocked him from getting even a sniff of any future Hollywood events.

Vitalii Sediuk appeared before the judge in L.A. County court to enter his plea -- and in addition to the hard labor ... he was sentenced to 36 months probation, $220 in fines, and ordered to stay 500 yards away from red carpets, movie premieres, and award shows.

Sediuk was already on probation for getting on stage with Adele and Jennifer Lopez at the 2013 Grammys -- so, he's now been ordered to stay 100 yards away from Staples Center and the L.A. Live complex, where the Grammys are held.

The judge instructed the Ukrainian prankster to stay away from Brad Pitt and Angelina Jolie -- and the Hollywood and Highland shopping center, where the Brad attack went down.

He'll be released from custody shortly. 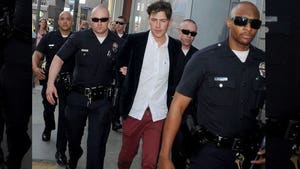 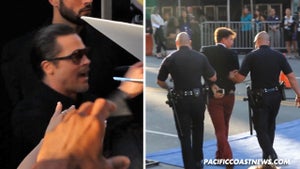