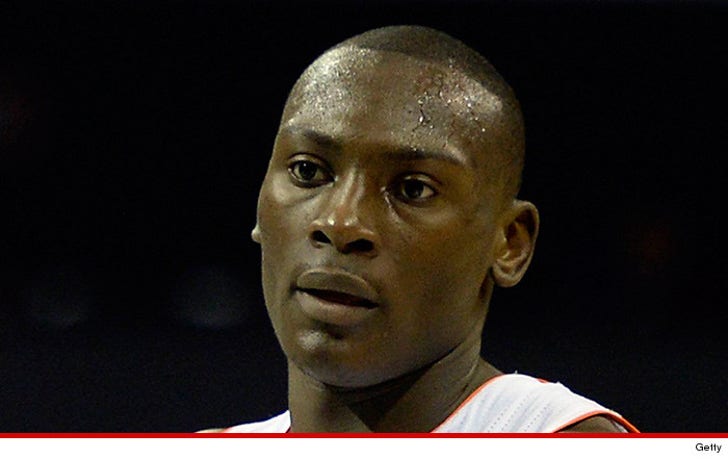 Man signs prodigy to contract promising to develop him into an NBA caliber-player in exchange for 10% lifetime earnings ... and also helps him leave Yemen.

Man sues when player blows off the deal.

... these are the allegations Charlotte Hornets player Bismack Biyombo is facing in a brand new lawsuit obtained by TMZ Sports.

Long story short ... a guy named Igor Crespo says Biyombo owes him more than $2 MILLION in unpaid commission for his help in "developing" him into an NBA talent.

In the suit, Crespo says he met Biyombo in Yemen back in 2009 ... and he signed a contract promising him 10% of all pro basketball earnings for the rest of his life in exchange for Crespo's help. The contract was allegedly signed in Spain, where Crespo says he helped Bismack get a job with a pro team in Madrid.

He later got drafted into the NBA and allegedly stopped paying.

We reached out to Biyombo for comment -- so far, no word back.