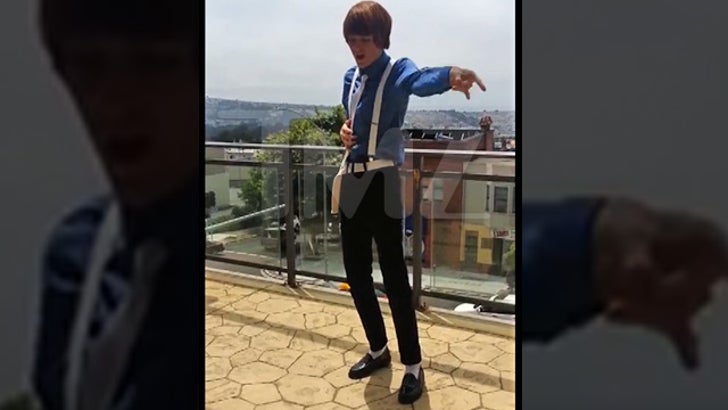 The teenage Michael Jackson impersonator who set the Internet on fire with his "Billie Jean" dance routine is back again ... and this time he's been hit by ... he's been struck by ... a "Smooth Criminal."

Brett Nichols ... who's just 17 ... stole the show at his high school's talent show last month, and even caught the eye of the Jackson family, who flew him out to Las Vegas to catch a performance of Michael Jackson ONE.

Now Nichols tells TMZ he's working on a new video, "Smooth Criminal," and has plans to do "Thriller" at some point. In the video, you see Nichols rehearsing for his "SC" vid ... but he doesn't do the infamous "lean" like MJ did. He's going to need those special shoes.

Nichols' rep (yes, he has a rep) tells TMZ ... Nichols is hoping to parlay this fame into an acting career and he's already gotten a few casting opportunities.

Hopefully he won't get typecast. 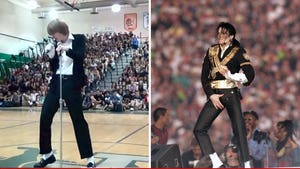 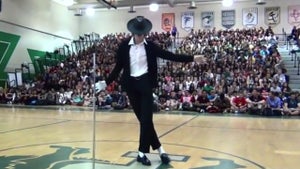 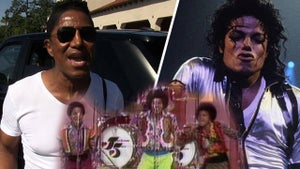 Michael Jackson -- Owes All His Fame to the Jackson 5 ... Says Jermaine Jackson