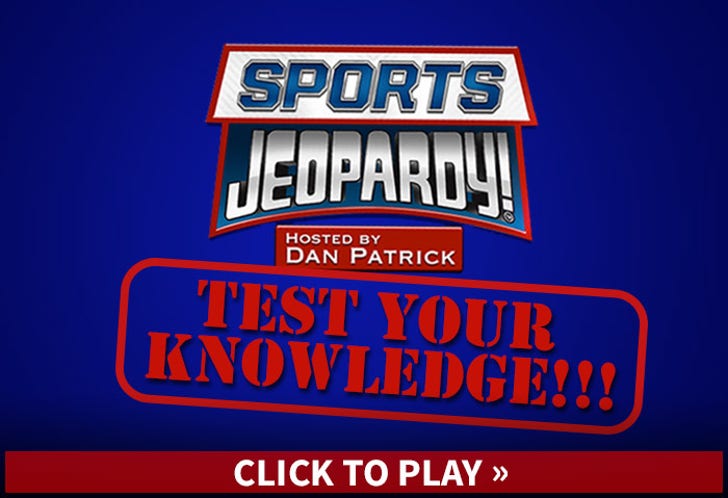 TMZ Sports has obtained 12 "sample clues" from the upcoming "Sports Jeopardy" show -- clues producers will use to weed out the weak during auditions ... so, now -- TEST YOUR KNOWLEDGE.

The show -- set to run on Crackle -- is gearing up to debut in the fall ... and producers are taking the contestant selection process VERY seriously

After paring down applicants from the "Sports Jeopardy" website, select wannabe contestants will be invited to an in-person audition in various cities across the country.

Once they arrive, hopefuls will take a "qualifying test" -- 30 clues in 30 categories ... with only 8 seconds to write down their response to each clue.

Those who get through that round will play a "mock version of the game" and participate in a personality interview with producers.

Yeah ... apparently, they only want the best of the best.