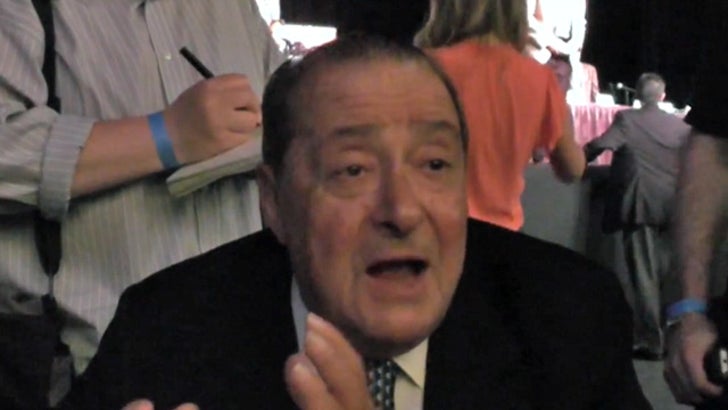 Bob Arum -- one of the most legendary fight promoters of all time -- has hammered out deals with fighters of all races and nationalities ... but says there's a special way to negotiate with Mexicans.

Arum was talking with reporters recently about the chances of setting up a fight between one of his guys and Mexican boxing superstar Juan Manuel Marquez.

That's when Arum uttered those words you know spell trouble ... "Ya gotta know, I don't wanna be racist ..."

Ultimately, Arum's explanation actually makes sense -- it's not like he's Donald Sterling or anything -- but there was probably a better way to make his point.