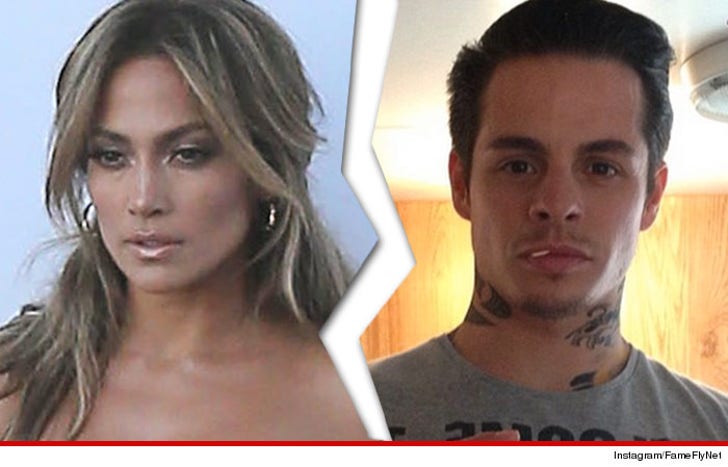 Jennifer Lopez and Casper Smart have called it quits after nearly 2 1/2 years ... TMZ has learned.

Sources connected with the former couple tell us ... they actually split nearly 2 months ago, but kept it on the down low. We're told the breakup was civil. They're still friendly but simply grew apart.

We're told the breakup had nothing to do with recent stories of Casper's sexual escapades. One source put it this way: "Casper has been a single guy and can text or see whoever he wants, but the idea that he was knowingly texting a transsexual is laughable." The source added, "He's not that guy, but like a lot of single guys online he obviously likes to look at a 'lil T and A."

Casper is in the process of moving out right now. We're told there was no rush because JLo's been on the road promoting her 10th album, AKA.

We're told Casper will be pursuing acting, which is why he took show directing and choreography off his Instagram.