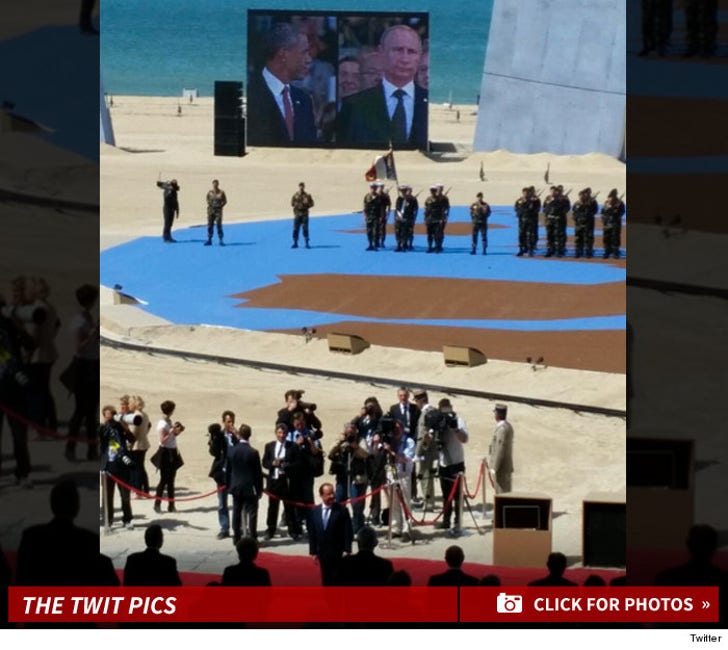 Portland Trailblazers player Nicolas Batum traveled to Normandy to honor the soldiers who fought and died on D-Day ... and during the ceremony, he shot what he's calling the "picture of the year."

Batum -- who was born in France -- was part of the crowd when 19 world leaders, including President Obama, Vladimir Putin and Queen Elizabeth took part in a memorial to honor the 70th anniversary of the day 160k allied troops stormed the beaches to fight Nazi forces in France.

At one point during the ceremony, Obama and Putin appeared on one of the big screens at the same time (a split screen shot) with Obama facing Putin -- and Putin sporting a less then enthusiastic look on his face. Clearly, Batum was amused.

During the trip, Batum also visited a gravesite where American soldiers were buried and wrote, "Honored to be at the American cemetery" ... adding, "Respect to all the soldiers who fought for us."