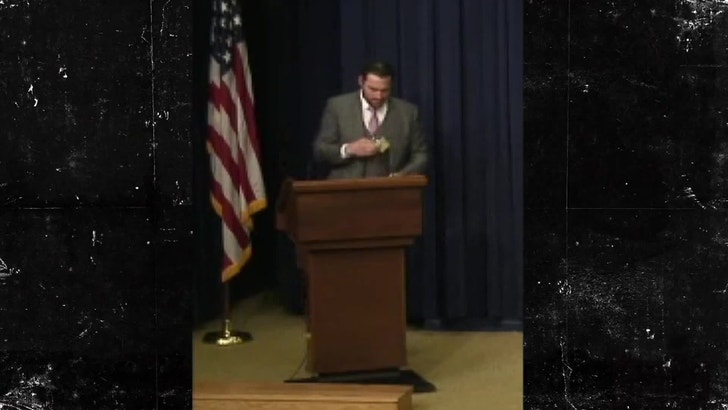 NY Mets 2nd baseman Daniel Murphy says his teammates gave him HELL after his son was born back in April -- but not because he missed games, it's for something much worse.

Murphy was giving a speech at the White House today (pretty cool, right?) as part of an event called the Working Dads Summit ... when he revealed the one thing he did after his kid was born that ticked off his clubhouse.

The good news for Murphy -- he was able to remedy the situation rather quickly ... with a quick swipe of his credit card and a trip to a local smoke shop.