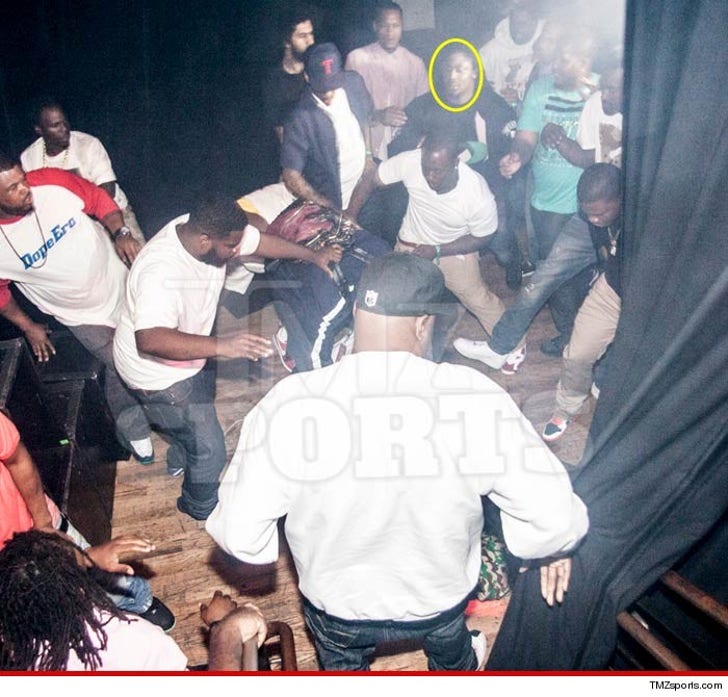 Marshawn Lynch definitely had a front row seat for a fistfight between two crews at an S.F. nightclub -- but STAYED OUT OF THE RUCKUS ... at least, that's how it appears in pics obtained by TMZ Sports.

As we previously reported, the Seattle Seahawks running back was at Mezzanine in San Fran with his cousin Mistah F.A.B. -- when F.A.B.'s crew got into it with DJ Mustard's crew.

F.A.B. had previously told us that Lynch was NOT involved in the fight -- and now, these pics seem to back up his story ... because even though Lynch was clearly right in the mix when the fight started, he backed away from madness and security quickly jumped in and broke it up.

Probably a smart move considering Lynch is still on probation stemming from a DUI arrest a few years ago ... AND he's in the middle of a $30 million contract. 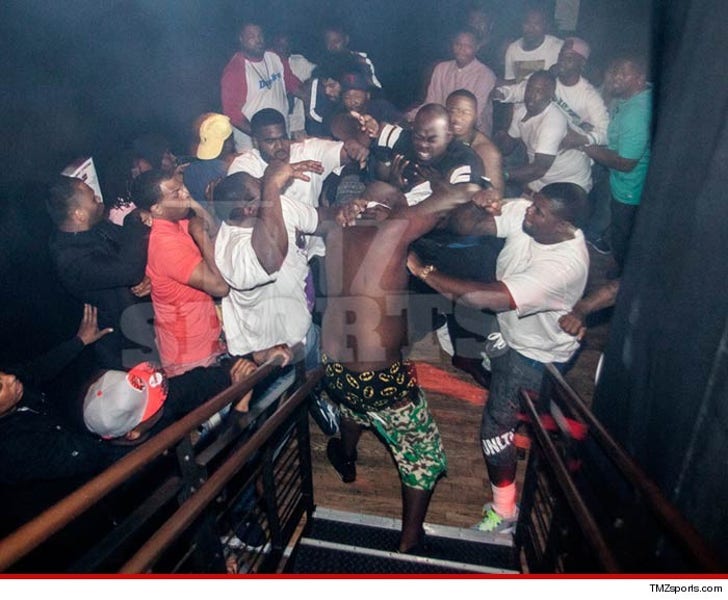