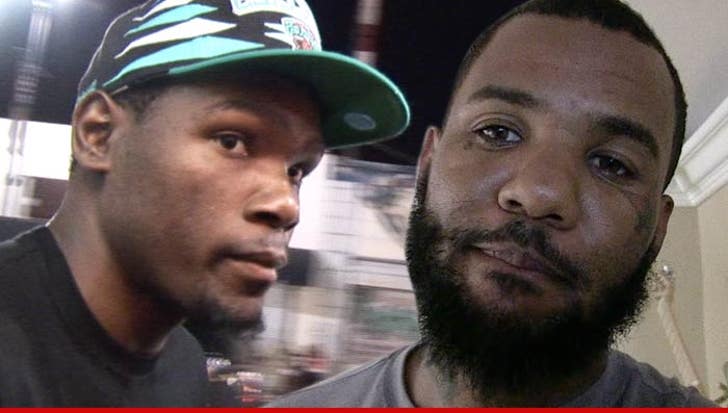 More info is surfacing in the dispute between Kevin Durant and The Game -- now, the NBA star says he DID agree to donate gear to the rapper's youth basketball team ... but NEVER made a bet.

After already making a statement to TMZ Sports denying the alleged wager, Durant just took to his Twitter and wrote ... "Aight this is it. I never bet the game 20k cash. I never bet him. I told him I would give his aau team kd gear. That's all." 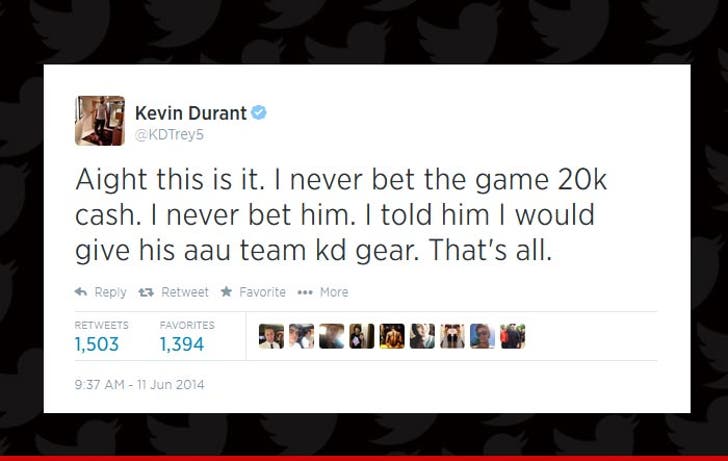 The tweet comes after Game blasted KD on Instagram -- saying Durant is a "sore loser" for backing out on a bet they made at Drake's house.

According to Game, KD agreed to drop $20k on gear for Game's team if he sank a 3-point shot "all net" -- which he did. Game says he has celebrity witnesses that can back him up.

Still, it seems KD is now agreeing to donate some items to Game's team -- wonder if the rapper will accept.