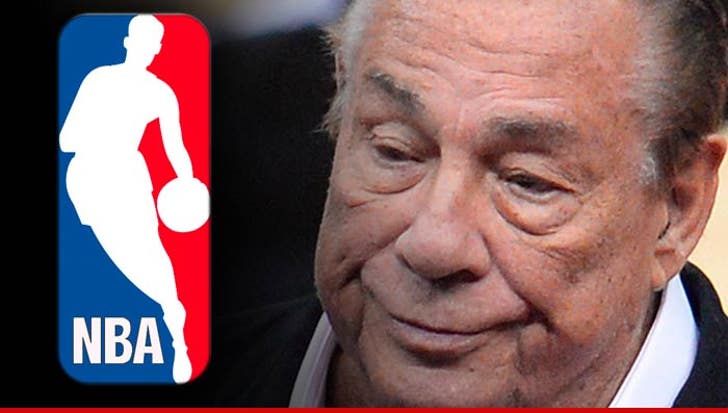 The NBA believes Donald Sterling is toxic to the league ... and they have serious intel to back it up ... TMZ Sports has learned.

New court docs were filed in which the NBA Executive Vice President explained the devastation the Clippers and the league will face if the judge does NOT allow Shelly Sterling to sell the team to Steve Ballmer.

Among the evidence, the NBA official cites a survey of more than 500 Clippers fans which shows a majority would be less likely to support the team if Sterling remains in control.

The official also points to the fact that nearly all of the Clippers sponsors immediately terminated or suspended their relationships with the team and will NOT reactivate as long as Sterling's the owner.

There's more ... the league says several NBA players have expressed "serious reservations about playing for the Clippers" under Sterling.

The Exec. V.P. also says "Interim Clippers' management and employees have reported that staff morale is low and has caused some to consider resigning from their positions if the team is not promptly sold."

"The loss of key employees and an inability to attract replacements would cause serious damage to the team."

The judge has yet to rule -- stay tuned.