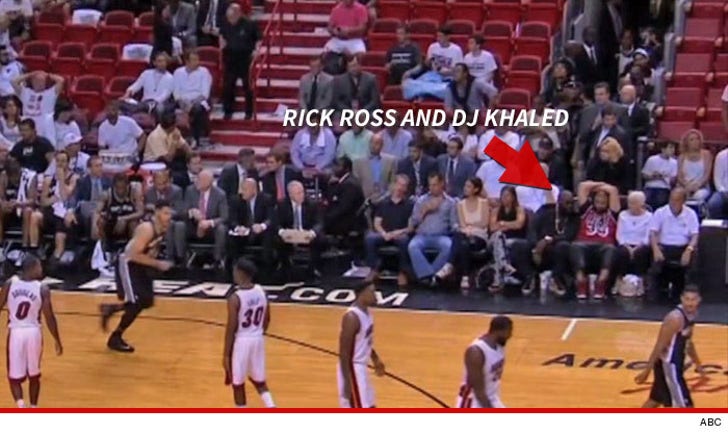 Rick Ross and DJ Khaled proved THEY DA BEST Miami Heat fans -- 'Cause while the rest of the Miami faithful were bailing on LeBron and co. Tuesday night ... the two Florida hip hop giants stayed put 'til the bitter end.

While Miami was getting CRUSHED by San Antonio ... scores of "fans" in American Airlines Arena noticeably bee-lined for the exit ... with several minutes still on the clock.

But Ross and Khaled kept it real -- and stayed parked in those $24k courtside seats until the clock read zeroes.

Heat fans have been criticized in the past for ditching the stadium during big games -- including Game 6 of the NBA Finals last year ... when the seemingly defeated Heat came back and won in OT.

We'd say Rick and Khaled's loyalty could have something to do with the price of their seats -- but Jamie Foxx also left the game early, and his seats ain't cheap either. 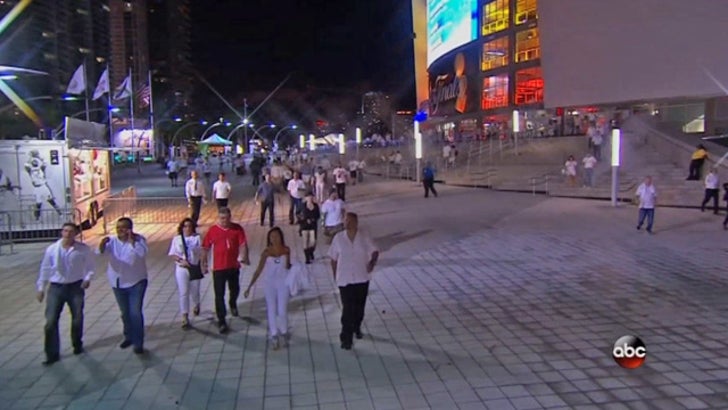