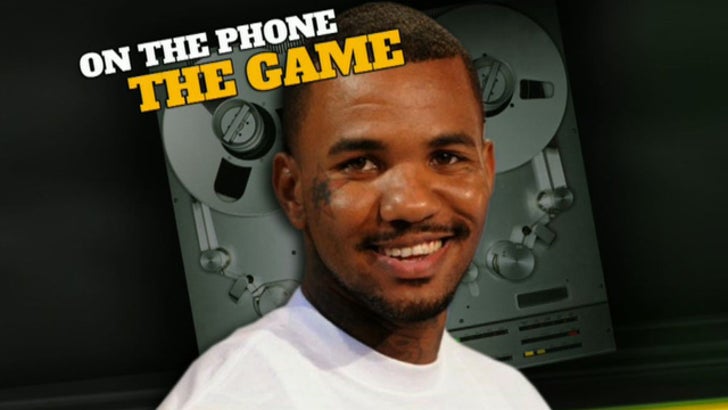 The Game just called in to the "TMZ Sports" show ... and told us he's worked out his issues with Kevin Durant -- and understands that as an NBA star, KD is not allowed to bet on basketball.

It all started when Game went to Instagram and said he "bet Kevin Durant $20k that he'd have to donate [to the Game's youth bball organization] if I made an NBA 3 pointer all net."

Kev later told TMZ Sports he never agreed to a $20k bet -- and Game responded by calling him a "sore loser."

But now, Game says he spoke with KD on the phone -- and both chalk the whole thing up to a "miscommunication."

Game says the bet was always supposed to be about $20k in "basketball gear" that KD would donate to the league ... and insists cash was never supposed to change hands.

The rapper added, "He's a professional athlete and so, I guess the rules are they are not to gamble on basketball ... which is very understandable."

Game says KD agreed to donate the gear -- so in the end, the real winners are the kids.