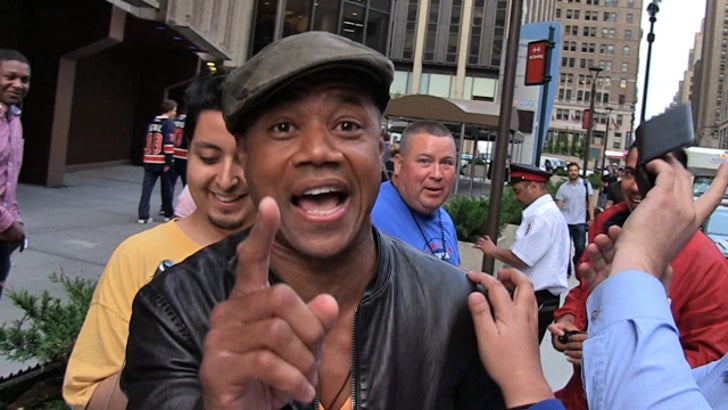 L.A is overflowing with bandwagon L.A. Kings fans -- and Cuba Gooding Jr. tells TMZ Sports ... IT PISSES HIM THE HELL OFF!!!!

Cuba was out in NYC yesterday -- where he was starting a "Let's Go Rangers" chant (he claims they're his 2nd favorite team) ... when the actor went off on all the shameless "fans" who jumped on the Kings' bandwagon during the team's playoff run.

He calls 'em brutal ... he drops an F-bomb ... and then he posed for pics with fans who bombarded him with catchphrases from "Jerry Maguire."