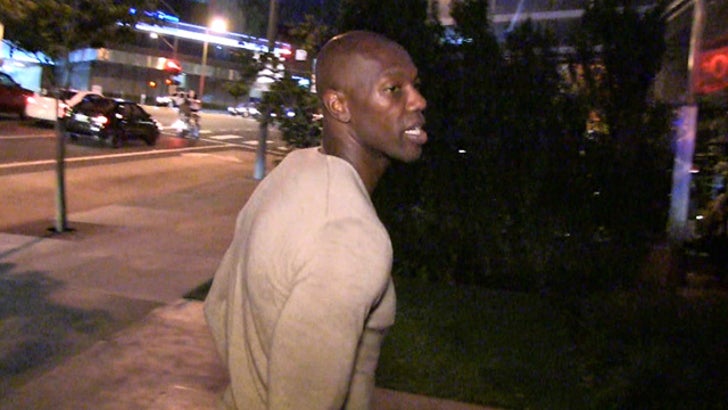 He told Erin Andrews he's the "best corner in the game" ... and now, Terrell Owens says Richard Sherman is 100% RIGHT -- despite objections from multiple NFL stars.

T.O. was out in Hollywood last night when he told us straight up ... the head of the Legion of Boom is "the best in the business!"

Sherman's been called out by several players -- including Patrick Peterson and LeGarrette Blount -- who acknowledge Sherman's talent, but insist he's NOT the best CB in the league.

But ya gotta respect T.O.'s opinion -- dude played in the league for 15 years ... so when it comes to ranking quality DB's, it's hard to argue with him.