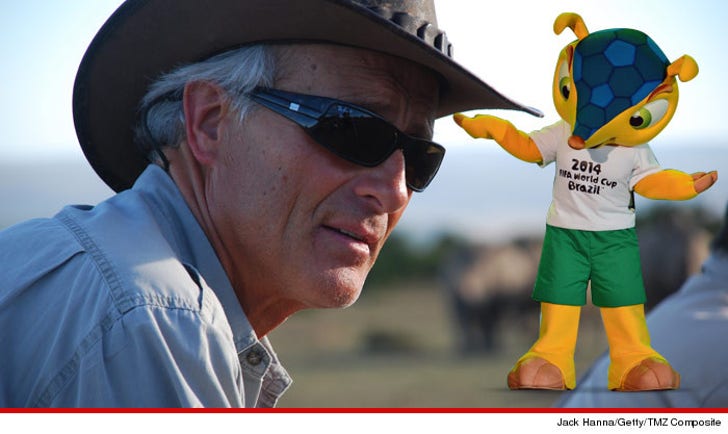 With so many soccer players banned from having sex during the World Cup, there's one dude who CAN'T BE RESTRAINED ... the armadillo mascot -- because Jack Hanna tells us, those things will mate ANYWHERE!!

The animal guru tells TMZ Sports he's really excited that Brazil chose the Three-Banded Armadillo as the official mascot -- saying, "It is fitting that they picked [the armadillo] because they are endangered, but can also roll up into a secure ball to protect themselves from predators."

As for the armadillo sex drive -- Hanna says he knows from experience, those things have no shame!

"I’ve taken armadillos on the 'Late Show with David Letterman' several times -- and would you believe that one time a pair even mated right on his desk!"

Armadillos -- they'll probably be having more sex than team Costa Rica and Mexico ... their coaches put the nix on nookie until the tourney is over.