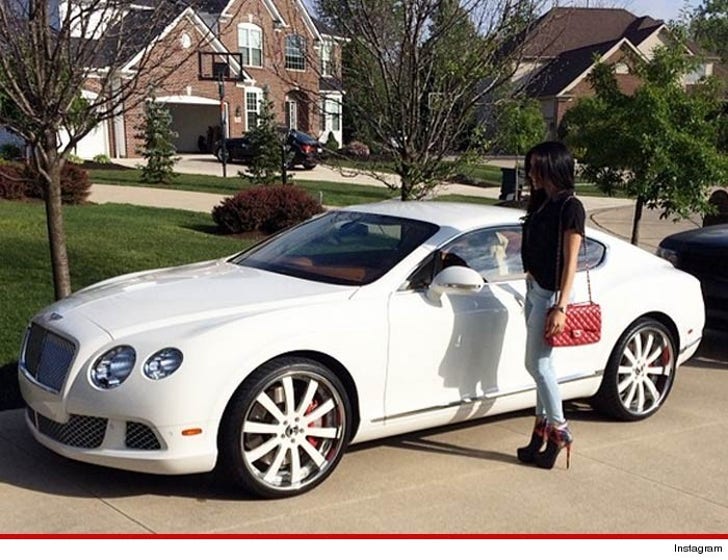 OK, married fellas, it's officially time to step your game up ... 'cause NFL star Joe Haden just dominated the 2014 wedding anniversary season -- dropping crazy money on a SICK ride for his wife.

The Cleveland Browns superstar posted a picture to his Instagram of his wife Sarah (smokin' hot. Good work Joe) ... posing next to a pristine white Bentley GT Continental (price tag nearly 200,000 dollars) with the caption:

"I'm the worst at keeping surprises a serecet! So happy one year anniversary @sarah_haden I love u with all my heart enjoy the wheels baby!!! #bentleyGT"

Sarah was apparently pleased, cause she posted not one but TWO pictures of the car ... including one that revealed their anniversary is actually in couple of weeks, but Joe just couldn't wait to destroy the bell curve for husbands all over America.

Question ... if every KISS begins with Kay, what the HELL does Joe get?