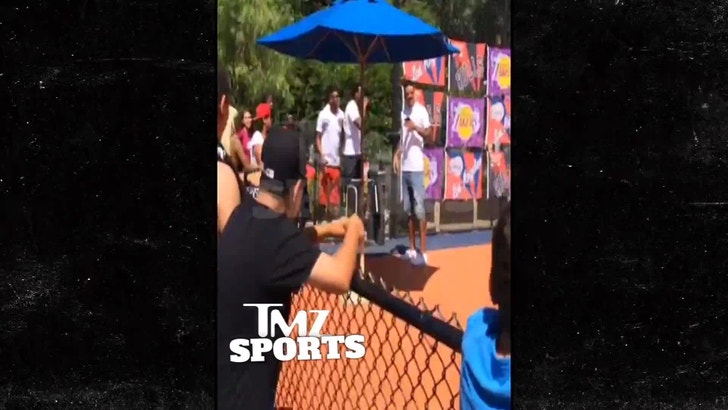 Lookin' to work in a little shooting practice before next season, Clippers stars Matt Barnes and DeAndre Jordan took their talents to Six Flags yesterday ... for a 3-point shot challenge.

TMZ Sports has footage of Barnes stepping right up to the carnival-style game at Magic Mountain in Valencia, CA on Thursday ... firing away from outside the arc.

We're told DeAndre did some shooting himself and even won a water bottle as a prize.