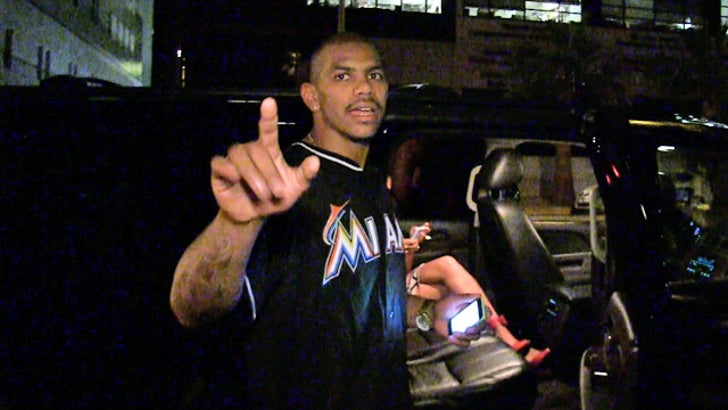 Terrelle Pryor knows he's the fastest QB in the NFL -- but the Seattle Seahawks star tells TMZ Sports he wants to be more than that ... he wants to be like Tom Brady.

Pryor was outside Hooray Henry's in Hollywood last night -- where he ran into a seemingly hammered Dennis Rodman -- before opening up about his NFL goals.

Pryor says he's busting his ass -- and studying guys like Tom Brady in the hopes of achieving his goal.

It's a pretty awesome clip -- and even if you're not a Seahawks fan, you can't help but want to root for this guy.